You don't have to be alone when you own 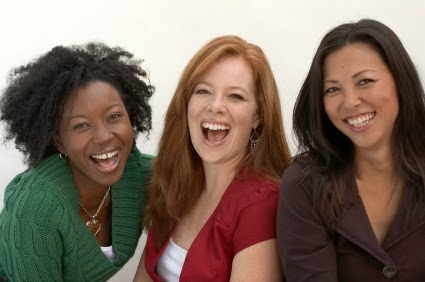 I have always been a groupie.

Like when we emigrated to Canada and actively sought out other ex-Brits, because we shared a common background, perspective and a dry sense of humour.  I found there was comfort in sharing observations of our new lives.

Or when I was a young mother, home alone with my first baby.  I’d always dreamt of being the “good mother,” ever-patient and loving every moment with my child.  Well, maybe not.  But that was my expectation and it wasn’t until I met up with some other young mothers, who fast became friends, that I realized how unrealistic my vision was.  These women were brave enough to remove the mask and we were able to share the good, the bad and the ugly with each other.

I was reminded of all this at this week’s re-launch of the Durham chapter when Jenny McKee, my new chapter leader, was quick to encourage the women to be real and not to put on phony fronts that all is well, when it isn’t.   It is when we are authentic and honest, both with ourselves and others, that we truly gain.

As I watched the women connect and open up to one another, you could see the heads nodding.  It is a relief to know that you are not the only one to feel isolated and alone when you run your own business – heck, that’s why I started Company of Women in the first place.

Years ago I worked on a research project – Double Jeopardy – which was looking at how best to support women who were super-stressed and turning to drugs and alcohol to cope. What did we find out?  The women said connecting with others who had been in similar situations or were on the same path was what they needed.  It could be one-on-one or in groups, but the key component was that the women shared similar experiences.

As women we like to belong, to be part of a community and at Company of Women I’d like to think we’ve created a safe, non-judgmental environment where you can be Suzy, entrepreneur or just Suzy, depending on the day.

Both are welcome. Let’s face it, the different segments of our lives are so intertwined, and each impacts the other.  So no matter what, just know that we support you and we’re here to help you succeed. 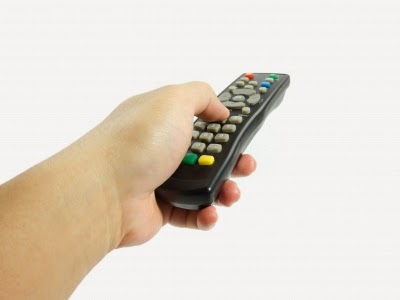 That's what Arianna Huffington's mother would say to her daughter when she was caught up and complaining about a situation in her life.

You've got the control, just change the channel - that was her advice.  And likely we all know this, but we don't.  Perhaps because as women we are pleasers, and we want to be liked, or maybe we are scared of the outcome if we say no.

Yet deep down we know that we should just quit while we are ahead, instead of working so hard to make the impossible, possible.

I remember years ago getting into a volunteer role where I was flattered to be asked. My ego driven decision to say yes, when I should have known better, but I rationalized this was a career-affirming move, so I took it on.  Only to regret it later.

Who's in charge for the remote in your household. Often it is the guys, so we end up watching sports, or worse, flipping from one channel to the next, never getting involved deeply in anything.  Sound familiar?

It is often hard to extricate yourself too.

It’s a new year.  Wipe the slate clean. Listen to your gut instinct.  Do what is best for you. Yes, you.  Even if you don’t want to do it for yourself, think of how you are a role model for your daughters.  There.  Now it is easier to let go.

Day by day - there is always something to celebrate

Did you know that February 24 is National Tortilla Chip Day?  Now there is something to look forward toJ

I’m just full of pearls of wisdom these days, especially after my research on special events for my blogging session next week. I’d decided to produce a list of special events for the bloggers so they could write about and weave those dates into their editorial calendars.

It’s an unwieldy project. It is amazing just how many special days, weeks and months there are. Frankly you could spend every day celebrating something.

While I think it is important that we give some thought and attention to the different diseases or situations in which people sadly find themselves in, you do have to wonder if someone, just bored with life, sits and thinks all this up.

And there are numerous websites - health, world-wide issues and then the somewhat wacky sites where odd events are listed.   I mean I am quite devastated that I missed Bubble Bath Day on January 8.  Darn.

I also can’t participate in National Hot Tea Month which is celebrated in January – I don’t drink tea.

It’s not too late, however, for National Hugging Day on January 21st which was apparently created in 1986 by Rev. Kevin Zaborney from Caro, Michigan. And then there’s Compliment Day on January 24. So we do have some positive moments ahead.  This one site even has e-cards you can send to celebrate the different days. What next?

But I couldn’t resist, I just had to find out what was celebrated on my birthday, apart from my birthday that is.  Not sure if there is some hidden meaning here, but it is Old Stuff Day.

Ah well, maybe I will just stick to my birthday.  Never mind the Old Stuff Day – maybe we should just make it Old Gal’s Day.

Just so you know, tomorrow, January 16 is Appreciate a Dragon Day. Good luck with that one. 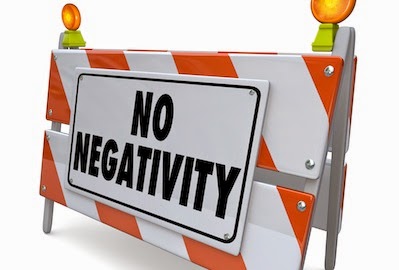 Have you ever noticed that some people just seem to focus on the negative, so much so, that really you don’t want to be around them, as they kind of drag you down?

I am sure we all have acquaintances who are always complaining.  Even when their comments may be valid, it is hard to buy-in and listen because you’ve heard it all before and nothing has changed.  They are stuck on that negative cycle, going round and round. So we switch off, tired of giving advice and no change made.

At a recent training session, Brendon Burchard shared that he’d had someone who attended one of his programs complain about his language.  In fact, she’d made a point of tracking the number of times he used certain words.

First he refunded her money which was her request, and also apologized for his word choice, noting that he had to watch his words and be more careful not to offend in the future.

But then as he thought more about it, he asked his team to replay the tapes and count up the number of times he’d spoken about hope, confidence, believing in yourself, etc…  The end number was impressive and far out-weighed the negative words.

So in his response to the woman who complained, he made the observation that unfortunately, when you focus on the negative, which in essence is what she did, you miss out on the good stuff.   How true.

When we spend our time zeroing in on what’s wrong in our lives, we give attention and energy to the negatives, and that is what we attract. On the other hand, when we focus on the positives, and take an abundance approach, we attract more of the same.

Let’s face it.  If you had to choose between doing business or being friends with someone who is always doom and gloom, versus someone who gives off positive energy,  – who would you choose?

Recently a friend observed that no matter what, she always managed to find the silver lining in negative situations.  Not easy, and sometimes it takes time, but that attitude will take her places.

As we start a new year, let’s start with a positive attitude, because as Rosalie Wysockie used to say “Your attitude determines your altitude.”