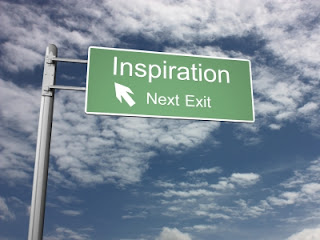 Once you have been in business for a few years, it is all too easy to get complacent, especially if everything is just ticking along.  But you know it can change on a dime and it is how you handle those challenges and changes that shape whether you continue to do well or continue at all.

Now that is food for thought.  In her book The Secret of Successfully Failing, Gina Mollicote Long talks about failure as being just feedback, and an opportunity to learn some valuable lessons so you do it differently next time.  As Thomas Edison once said “I have not failed. I’ve found 10,000 ways that didn’t work.”

Gaining clarity on what you do, what you offer and to whom,  can give you a roadmap to stay on the path of success.  Driving the same road over and over, means that you always reach the same destination and if you want to grow, both personally and professionally, you need to change it, because sure as anything, there will be road works and you will have to take a detour anyway.
by Unknown No comments: 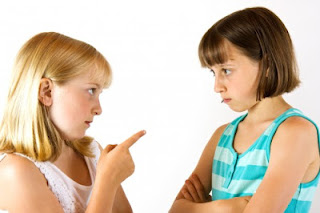 We all have areas in our lives where we are a work in progress; where we need to improve and do better.

For me it is around confrontation and conflict.  I will go to great lengths to avoid both, and yet, as I learned recently, sometimes it is unavoidable and in my efforts to sidestep the issues, I not only made matters worse, but I was insensitive.

Now my husband would be quick to tell you that the root of my problems with conflict is that I am an only child, and so grew up without the dubious pleasure of sibling rivalry and thereby missed the lessons on fighting and standing your ground. He may have a point, not that I would tell him that.

What I do know is that I gravitate to harmony, and while getting better, will often choose not to voice an opinion that will be perceived negatively for the sake of peace.  I am one of the few people I know who fired someone and was so gentle in giving the message that the employee didn’t get she was being dismissed.

So you see I have a long way to go.  However, I realize that I do need to put my “big girl pants on” because in avoiding conflict and confrontations, I am not being authentic or true to myself and not being fair to the other person.

Often when we have a negative message to deliver, we do it badly.  Not because we mean to hurt the other person, but because we want it done, over with.  The trouble is that approach often leads to insensitivity to how the other person feels and the way the message is delivered can become more hurtful and do more damage than the actual message itself.

It is interesting that the latin derivative of conflict and confrontation is con – which means together.  Yet, usually it is not a joint discussion.  It can be very one-sided.

What I have learned from this is to be more aware that there are two perspectives; not to always think of myself first and when you’ve mishandled a situation, apologize.  And I did.
by Unknown No comments:

bizwomen: Managing Expectations: As I reflect back on this week, it is quite frankly a bit of a blur.  I totally overscheduled myself with two events in one day and each m...
by Unknown No comments: 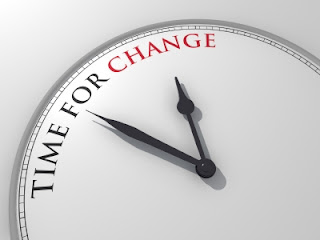 As I reflect back on this week, it is quite frankly a bit of a blur.  I totally overscheduled myself with two events in one day and each miles apart from the other.  Why do we do this to ourselves?

My talk in Pickering had been scheduled over a year ago but the event in Cambridge was a relatively recent and quick booking and ended up on the same day because that was the only day that would work for the speaker, the venue and the facilitator – so I just decided to fit in with everyone else’s timetable.

Now, I could have chosen not to go to the luncheon, but the speaker had kindly rearranged her schedule to fit us in, and I felt my attendance was the least I could do.  But did I really need to be there?  No.   But I felt, rightly or wrongly, that she would expect me to be there.

It would seem that I am governed by my expectations of myself and my perception of the expectations that others place on me.   As a bit of a perfectionist, it is hard when people expect instant service, for example, and I just don’t physically have the hours in the day to deliver.

Because of my hectic schedule, I know their expectations are unrealistic but I don’t share that information with them, instead I pretzel myself trying to accommodate, as otherwise I feel I have failed or let the person down.

Perhaps also, from the outside looking in, people see what they want to see, rather than getting the true picture of what is happening in someone else’s life, not knowing or appreciating the demands on their time.  But they can’t know that unless you share the information or they take the time to find out.

So what is the answer?   I think I need to be more honest with myself and others on what can realistically be achieved.  I also have to lower my expectations and let go of the belief that I have to be everywhere, and let others, who are extremely capable, take over.

When you are a solopreneur, and apart from a few hours a week, that is basically what I am, it hard not to try to be all things to all people and as women we do so want to please.

My other piece of advice to myself -  I have to protect my Fridays, which for the past year, have been my gift to myself – time to do what I want – be it volunteer, visit friends or just read a good book.

But the only person I can change is myself.  So I am starting there.
by Unknown No comments:

Learn To Expect The Unexpected

As my kids were growing up I was, I confess,  somewhat of a distracted, haphazard housewife.  I was always busy with interesting projects, juggling the kids’ activities and cooking meals for them, and then fussier dinners for my husband and I.  My life was full.

So keeping house was a low priority.  The house wasn’t super-filthy or anything, but definitely not pristine clean. I wouldn’t have encouraged you to eat anything off my floor. Forget the three-second rule in my house, if you dropped some food, you were wise to consider it a lost cause.

And my fridge seemed to harbour bearded food that likely could have walked out on its own. To this day, when the kids visit they still sniff something coming out of my fridge,  just in case. They comment that they are amazed that they didn’t get food poisoning as children, given that I was prone to be a bit cavalier about those “best by dates.”

Last fall I decided to clean out and move stuff around in my kitchen.  It wasn’t working for me, and so I rearranged the cupboards, much to my daughters’ chagrin – as if they did any cooking when they came home. I don’t think so.

But I have to say I was a little horrified to discover that my canned goods were three years past their sell-by date.  I’d got them when we moved to the farm and they sat buried at the back of one cupboard.  In fact, that was one of the reasons why I wanted to re-arrange the set-up in the kitchen. However I did wonder what would happen to you if you ate anything from the offending tins.  Maybe your hair would turn curly or I might have found some miraculous cure for the common cold.

Well, we will never know, as I ditched the lot, feeling extremely guilty and frivolous at the same time.  After all there’s the starving in Africa, and here I was just extravagantly chucking out cans of food that had wasted away, hidden in my cupboards.

Living on a farm with a small kitchen has forced me to be more selective as to what I keep. M y focus is more on universal use so that I can improvise on a recipe when I don’t have something, as I don’t want to drive 30 minutes to the nearest grocery store.

Yes, lean and mean that’s me these days. Not all together a bad thing as at least there is less chance of food being discarded because I forgot to use it in time.  Well OK … I admit, some habits are hard to break, but you know I am much more organized now.

And you don’t have to be nervous if I ask you for dinner, I promise. You will survive.
by Unknown No comments: