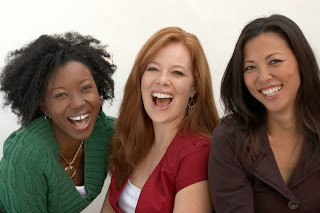 Few managers have been taught how to lead, explains Simon Sinek in a recent presentation on leadership.   Much depends, he observed on the corporate culture.

He went on to describe a scenario where a barista held down two jobs.  In one, where he demonstrated great customer service, the managers took a personal interest in him as an individual, checking in that all was OK, helping him out on personal challenges.

He rewarded them with his loyalty and would go that extra mile for them.  However, in his second job, the focus of the manager was to find fault and attempt to “catch” him out, as a result, his attitude was very different.

The difference was empathy which he went on to say, is what we need to show to millennials.  He then went on to explain why.

1.             Parenting
Millennials have grown up being told they can have and be anything they want.  Raised by helicopter parents who have gone to bat for them, it’s a shock when they reach the workplace and that doesn’t work any more.
2.             Technology
With the constant use of social media and technology, people, especially young people, have become addicted to their devices and as a result are not learning the necessary social skills to develop deep relationships.   Everything is measured by how many likes you get, how many friends you have on Facebook.  These false measurements of success, have sadly led to an increase in depression and even suicide.

3.             Impatient
Sinek observes that it’s not so much that this generation feels entitled, it’s more he says that they are impatient.   Success isn’t often instant as we know, but this is a generation used to instant gratification which they apply to life, relationships and work.  They have not realized that it is a journey and so fear that they are not making an impact, something that is all important to them.

4.             Environment
When working for large corporations they find that the organizations don’t care about them as human beings.   Mass layoffs occur without much thought to the fact that the companies are taking away people’s livelihoods to make and save money.

All food for thought.  Especially for those in leadership or management positions.

Personally I like working with young people.  They are so bright, and when you involve and invite them to be part of a project, bring great ideas.   Showing empathy, fostering community goes a long way to creating a positive work environment for everyone.

Life around you changes before you know it. 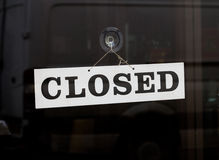 Every month I meet up with a friend for breakfast with the purpose of supporting and helping each other in our respective businesses.  So imagine our surprise when we meet up outside our local meeting spot, to find that it has closed.

I found myself staring at the sign for Cora’s in Cambridge which has been taken down and already looks faded, wondering how this has happened and when.  Now I know from a friend who owns several restaurants  that this is a treacherous business and
90 percent fail to succeed.

But it was a shock.  It speaks to the fragility of  business today. Nothing is carved in
stone.  There are no guarantees that even a successful business will continue down a successful path.  Much can change, and what’s more, change on a dime.

All of which speaks to the need to stay on the top of your finances and do the math. Often we choose to ignore the warning signs, but maybe we do so, it is at our own peril. Just as I wrote in a recent blog, it is good to know when to quit.

But no denying, that decision is a difficult one to make.

Maybe the key is to examine how much you retain your passion for what you do.  If it is fading, it is harder to rally around and save what you are doing. And maybe it is a sign for change.
by Unknown No comments:

Know when to quit 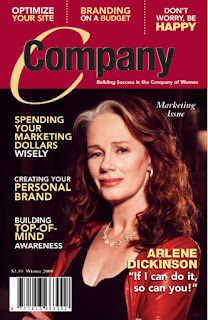 With the launch of our new book, The Best of Company, I have had to explain the source of the articles in the book.

You see for four years Company of Women published its small but mighty magazine Company which was much-loved and distributed across Canada.  However, the publication also offered me a big business lesson – know when to quit.

As a writer and avid reader, I still strongly believe in the power of the printed word, and the magazine fast became my favourite project.  It took up much of my time as I garnered up articles, sought out advertisers and oversaw the production of the quarterly magazine.

However, as I shared at a recent meeting, it was a money-pit.  Launched in 2007 it faired well at the beginning but with the downturn in the economy, it became increasingly difficult to secure enough advertising to cover the production and distribution costs.

But remember, it was my favourite project, so I kept trucking.  I even convinced myself that it was a membership service, rationalizing and justifying the expense because we were providing useful information to our members.

And I did that for four years.  True it did make us unique and could be classified as a membership and recruitment tool.  But as the bills came in and I was writing cheques for thousands with each issue,  I reluctantly realized there was no way I could continue.

A good friend, Michele Bailey, of Blazing the Agency, generously agreed to do the layout for the last issue for free, but really it was delaying the inevitable. More buying me time to get used to the idea that it wasn’t financially viable to carry on.

My lesson from all this is that you have to know when to stop; when to pull the plug on a business venture that is just not working financially, no matter how many resources you throw at it.   In other words, I should have made this decision way earlier.

My other piece of advice is to track the numbers. Find ways to measure the results. Ask tough questions. While Company created increased awareness of our organization, when I looked at the funds coming in vs. the funds going out, it wasn’t working.

Back to the book, if you have missed our articles or never caught them first time around – check into The Best of Company, which provides 50 of the best, along with a bonus on networking.  Copies of the book will be available at our events and will shortly be available online at www.companyofwomen.ca
by Unknown No comments:

Passing the test of time 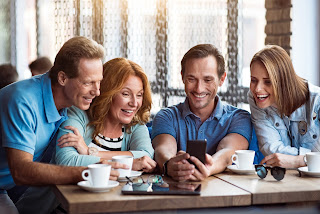 Forty-four years ago I married my husband.   It was a small wedding in Wimbledon, England.  We were young, but that’s what you did back then.  I was twenty-one and my husband was three years older.

Three years later we were off on a big, exciting adventure – we emigrated to Canada.  We didn’t have jobs, but with the confidence of youth, we were sure that would not be a problem. And it wasn’t.

This past weekend we hosted a wedding reunion – as by chance our best man and his wife were here on vacation from England, and our bridesmaid and her family were visiting Canada from Scotland.

We’d known both since we were young children, so our friendship spanned over sixty years.  On the Saturday night, there were twelve of us gathered around to celebrate – not just our anniversary but being together once again.

It was incredible.  It was like slipping back in time as we shared stories, jokes and updated each other on what was happening in our lives.  They say that laughter burns calories and if this is true, I lost pounds this past weekend.  I haven’t laughed continuously like that in a long, long time.  Not only that, our adult children all got on well too.

When did you last connect with your top customers or ones who have been with you for years?  Have those relationships stood the test of time?  Sometimes we spend so much time looking for new clients that we forget the ones who’ve stayed with us; who have been loyal and with whom we have a trusting relationship.

Don’t take them for granted.  Like any relationships, you have to stay connected and take an interest to keep the two-way communication working.

We have wonderful memories from this reunion and this gathering marks the highlight of my year.