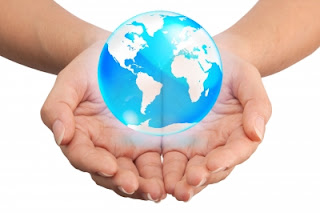 Like most people I was saddened to learn of the recent death of Whitney Houston.  It seems such a waste to see such a talented person taken from us.  As I read the tributes to her, one of her quotes stuck with me. “We all die. The goal isn’t to live forever, the goal is to create something that will.”In other words to leave a legacy; to make an impact in the lives of others.  Certainly  Whitney did that with her beautiful voice.  What would be your legacy?  Or are you too busy living your life, juggling all that you have to do in a day to be thinking beyond the immediate demands on your time?Certainly if you have children you are leaving a legacy.  As parents, we all want our children to grow up to become healthy, happy adults and that is not as easy as this simple sentence sounds.Children and youth today face so many pressures and a wide range of choices, that our best hope is that we have raised them to weigh up the odds and make sound decisions. What values would you want to instill in your children?For me, kindness, respect and thinking of others have always been important.  Perhaps because I have worked for charities and seen the darker side of life, I believe that just one person, one adult can change the outcome for a child spiraling down a path of destruction.Naïve maybe, but so often all we want as adults and children is to be loved, to feel we are worthwhile and that someone believes in us.As a writer and author, I would like to believe that my written words and books will be my legacy too.  My goal with Day by Day was to give a real snapshot of what it is like to run your own business; the range of emotions you feel and the thrills of being successful, despite the trials and tribulations you may have to overcome to get there.I also know through Company of Women that the organization I created has impacted thousands of women, helping them to realize that they are not alone, that they can realize their dreams when they believe in themselves and support each other.But all of us leave a legacy in one way or another whether we realize it or not.  Just helping a neighbour or friend has an impact.  A kind gesture can change someone’s life and sometimes we will never know that, but trust me it does.  So as you go about your day, think about what legacy you are leaving behind.  What have you done of late to make a difference?  What have you created that will live on beyond you?Life is too short and fragile.  Don’t wait until your deathbed to regret what you could have done, but didn’t. Do it now.
by Unknown No comments: 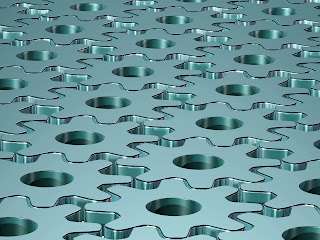 Is it just me, or has the pace of business life just heated up a notch or two since we entered 2012

Everyone I meet seems to be complaining about how busy they are. It seems to be one meeting after another. In fact so many meetings, it is hard to keep them straight and manage your to-do list as an outcome of all these gatherings.

I guess part of it is the economy.  We are running scared.  Worried that at the next turn, our business will be the one to falter. Worried that we won’t be able to cover payroll or worried that the orders will stop trickling in.  So we work harder and harder, like a hampster on a treadmill.

Or perhaps in an effort to save money, staff have been let go and everyone has to do more to pick up the slack. This stretches all involved, with people not playing to their strengths, but just treading water so as not to drown in a sea of activity.

I am not sure what the answer is.  Fear is a tough master, demanding its pound of flesh.  What I do know is that it is overwhelming, and you end up spreading yourself too thin.  Something has to give. Instinctively we all know that there is a price to be paid for this frenetic pace of life.  The question to ask ourselves is whether it is worth it?

I am not so sure.  What do you think?

At the beginning of any relationship – personal or professional – there is a tendency to skirt around the issues, each trying to impress, posture and hold your own.  But there comes a point when the honeymoon is over and you either like what you see or you don’t.

When it is a business deal that by all accounts should be working well and is a win-win for all involved, it is hard to admit that something is not right.  Take Mary, who has taken the plunge, moved her account from the tried and true to take her chances with someone, who like her, runs her business from home.

The quality of her work is great, and on paper it sounds like an ideal situation. Both are eager to be successful and keen to work with each other.

But then, seeing a great potential ahead of her, the new colleague started to get greedy.  She wanted a bit more of the action.  My friend, wisely decides to nip this in the bud, and draws up a contract, spelling out the arrangement.

Problem solved right?  Well no.  The actual work goes well but the nickel and diming continues, to the point where Mary starts to question the wisdom of staying in business with her.  There’s a fine line between getting what you are entitled to and getting what you deserve.

Now both these women are on a learning curve to know when to push and when to back off.  Sometimes you just have to give, go that extra mile in the belief that down the road it will pay off.  It is all about give and take. But when you get greedy, you rarely win.
by Unknown No comments:

As the person who does not like driving, it is ironic that I find myself navigating my way   to work every day on the 401.

Some of my fear has gone but then when I witness a large, giant truck bullying the small car ahead of it, I remember why I don’t like to “run” with the big guys.  But does that mean that you avoid the highways, that you only take the side roads.  Probably not, it certainly would take much longer to reach your destination.

I was reminded of this the other morning when I watched a truck almost elbowing the small vehicle ahead of it into the slower lane.  At first the car resisted but as the truck menacingly persisted, the driver eventually moved over.

It’s a bit like running your small business.  Do you stay in the slow lane or do you venture forth and mingle with the big boys; with the giants who believe they own the road.

It can be scary but one of the assets we have as small businesses is that we can move fast and be nimbler than the bureaucracy-heavy corporations.  We don’t have to check with layers of people before making a decision. And if we are savvy, we have partnered up with other small business owners, so that when a big contract comes our way, we can take it on with confidence.

One way to prepare yourself for ‘running with the wolves’ is to become part of WeConnect Canada, a non-profit organization that helps women-owned businesses become certified (and therefore recognized) by the Fortune 500 corporations, who have diversity policies.  Supplier diversity means that they have a policy in place where women-owned businesses are given the opportunity to compete for contracts.

Only two-years new to Canada, but with a sister organization in the US that has been advocating on behalf of women for years, WeConnect Canada is making inroads and truly helping women make the connections; enabling them to line up with the big boys, and in many instances, succeed in landing the contracts.

So while on the highway, it may be more prudent to just move over, when it comes to business – think big.  You have as much right as anyone else to be there.
by Unknown No comments: