How to control your calendar, instead of it controlling you 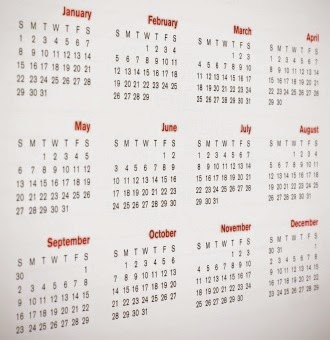 Our little dog loves to collect sticks, which he proudly carries part of the way on his walks, and then drops it when he sees another one that’s bigger and better.  He’s quite ambitious and always aims for the large twigs, but I’ve noticed, when it has several branches, he’s quite smart, he breaks them off, so it is easier for him to manage.

It’s a bit like what we have to do when we take on a large project.  It can be overwhelming, and as some of us heard from Fay Chapple the other day, the thing to do is first think about the project in chunks, and what needs to be done first, and then what’s next etc…

But to be sure you actually get to it, put it in your calendar.  So say on Tuesday, you will block off time to work on the first part, then Friday the next, and so on.  I actually call that the “Swiss Cheese” approach, breaking down a project into manageable bites.  It’s actually a strategy I used with my kids when they had large assignments for school.

Perhaps it is a leftover from my magazine days, but personally I work well to deadlines and then I work back as to when I can get the work done.  If I don’t have a deadline, the task can drift on and reappear on my to-do list for weeks.

In fact, Fay’s advice was that if a task comes up three times and you still haven’t done it, you likely aren’t going to, so you need to decide whether someone else could do it for you, or that it’s not a priority, and let it go.

Her other gem from the presentation was to use Google ‘s online calendar as then you can check wherever you are if you are available for a suggested appointment.  That one I am trying out.

The fall is always such a busy time, with so much to schedule and activities to fit in. It makes sense to try and control your calendar, rather than have it control you.
by Unknown