Shedding some light in the darkness of death 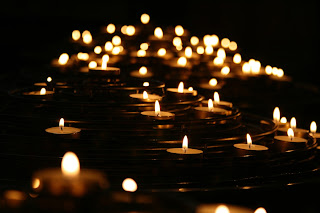 None of us really knows what is around the corner.  Guess that’s why it’s best to take each day as it comes, to live life in the moment.

I am reflecting on this because this week has been darkened by news of death.  First the death of a friend’s mother who had cancer, then the
death of a husband in his prime who took his own life and updates on a husband who knows
he is dying and is making the most of the time he has left.

Suicide always leaves you with so many questions. Why?  What did we miss?  How could we have changed this outcome?  It is so hard for the family and friends.  It’s an emotional roller coaster – from being distraught and sad to feeling betrayed and angry.
And it is not something to be dismissed or swept under the carpet.

In fact that may be part of the problem.  While mental health issues are getting more recognition as something we have to pay attention to and not hide away from in shame; we still have a long way to go.

I had a cousin who committed suicide.  She’d had a son when she was 17, and as was common at the time, was forced to give him up for adoption.  Three years later, on his birthday, she took an overdose of sleeping pills and died.  Now this was over 50 years ago, and today, many children are born out of “wedlock” and raised by single mothers, but back then, there was a real stigma.

I remember once saying that I thought that suicide was such a selfish act, and I was quickly and correctly admonished by a friend who angrily told me that depression was an illness. It was a disease, one that the person wanted to escape from to end the pain,  with suicide seeming like the only option, the only way out.

I’ve never forgotten her explanation. It has stuck with me. It changed my perspective.

The three women in these situations are part of the Company of Women community. This is when we need to rally round and be supportive.  We need to show we care, because in that caring, the family feels less alone and there is a glimmer of light, in a world of darkness.