Women as leaders - we have what it takes 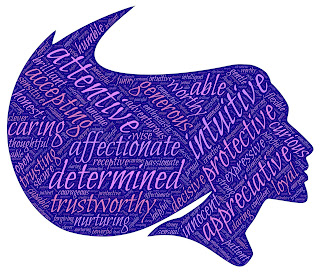 This week I was asked to step in at the last minute to be on a panel on women and leadership.

As I read through the questions, they provoked all sorts of flashbacks to a murky leadership past, especially given I had to talk about the leadership lessons I had learned the hard way.

My first thought was that, like many women, I never actually saw myself as a leader, more someone who saw that something needed to be done, and I would forge ahead and do it.

Even when I received a leadership award back in 1999, I felt an imposter and that I would get caught out.  As part of the ATHENA Award I was sent to a leadership conference, and I almost wish I could go back now, as I believe I would get more out of it, now that I have assumed and accepted the leadership mantle.

So what did I learn the hard way?  I’ve chaired several boards – at the local and national level, and early on when I was President of one national board, I made some pretty naïve decisions, consulting only with the Executive Director, before I announced what we were going to do as an organization.

I am embarrassed to admit that I was so autocratic back then.  It never crossed my mind that I should ask the other board members what they thought, probably because I knew intuitively they wouldn’t agree with me.

Fast forward to today, with a team of 11 working with me, I know only too well that you have to collaborate, ask for feedback, even if the opinions are different to your own and be prepared to not always get your own way.  After all who says that you are always right and being open to new ideas and approaches can take your organization further.

Part of fostering a strong team is listening.  Learning more about the other person’s interests, skills and what motivates them.  It is all about getting the right people on the bus, in the right seats.  And sometimes you have to re-arrange the seating plan so you capture the true potential of everyone.

One of the questions I was asked was how do women develop their leadership skills and I know for myself it was through volunteering – both in the workplace and in the community. At work, I would volunteer to take on/lead big projects and in my spare time, I would serve on boards of charities that I believed in.

The other aspect of leadership to consider is that you are a role model and so you should be living to your values, demonstrating integrity and walking your talk.

Having presented thousands of leadership awards, the ATHENA Foundation undertook research to discover what were the common traits of the recipients. They discovered they were:  being authentic, valuing relationships, giving back, collaboration, courageous acts, learning, fierce advocacy, celebration and joy

Check this list, I am sure many of you already have these attributes, but like me,   perhaps you don’t see yourself as a leader – but you are.

Step into your role and lead the way.  As women we have what it takes to lead.

WOW! This actually brought tears to my eyes reading it as i can so identify with much of it. The feeling of being inadequate, of fear or being "caught out". You are so right Anne. WHEN we step out of our own way and embrace the skills and gifts we have and then help others to see their gifts and skills and honour them for it.... We really do THEN step into a leadership Role. I am so proud to be part of your team and being mentored by you as a leader in my communities. YOU inspire so many of us everyday!

Thank you for sharing your thoughts on Women and Leadership. So well written! I also am on this path and look forward to the future. I hope more women "who are leading others" read and absorb your article. It's truly devastating to not be heard and then put down for expressing ideas and thoughts...especially from another woman.

Nowadays women are empowering the world to take it to the next level. Most of the highest officials of various business are chaired by women in large. It is a positive sign towards the growth and the development of women in the corporate and the business sectors.
MS Office Training in Bangalore | Leadership Training in Bangalore