Leadership - sometimes it's about letting go of control 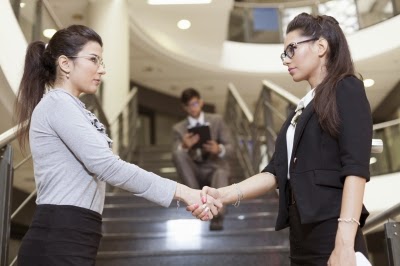 Recently I wrote a blog about there being strength in numbers and at the time I was thinking more about women linking up and supporting one another.

This week, I am looking at the big picture and how organizations, rather than individuals,  can work together and partner up to make it a win-win for both.

I am on this path because Company of Women has just joined up with the Holistic Chamber of Commerce in Vancouver.  Now that may seem a long way off from our Ontario-based organization, but for several months I have been debating whether to expand our health practitioners network to Vancouver.

When I was out there a couple of years ago, I met with some of the movers and shakers about actually starting a chapter of Company of Women in Vancouver.  Their advice?  That there were more than enough women’s groups, and another one wasn’t needed.  And I suspect what they didn’t say was and not one from out east, from Toronto.

So I let that idea go, but one leader did suggest I look at replicating our Health Practitioners Network and so I have been been working with someone in Vancouver who was equally keen and we were gingerly building our plans.

However, last week I was introduced to the new Vancouver chapter of the Holistic Chamber of Commerce, and as I talked with their energetic president, it became clear to me that there was little point in reinventing the wheel and far better to get behind their efforts to recruit health practitioners and offer programming to support them.

So that is exactly what we are doing.  When you share similar goals and similar audiences, it makes sense.  Yes, I was hoping to recruit more members in BC, but if I dig deeper on my ‘why,’ the underlying drive was, as it always is, to support women in their businesses.   So we’re not the lead, but really does that matter?  When you let go of your ego, and your need to be front and centre, so much more is achieved.  It is the end result that counts.

I have confidence that this fledgling partnership will blossom and in the end, it will be a win-win for both groups.

So ask yourself, is there someone I could partner with?  Think about it, because when it works, it is a thing of beauty.

Collaboration gone wrong: How to get it back on track
http://www.prowess.org.uk/collaboration-gone-wrong

Thanks Anne! I'm so excited for our alliance and all that we can support each other in. We are definitely stronger together!