Build relationships - it will keep your business alive 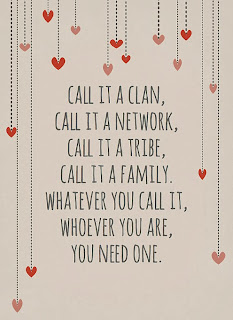 As someone originally from the non profit sector, I truly enjoyed and got what Jonathon Fields had to say at the recent The Art of Small Business event.

I am sure as others heard him talk about the social revolution, they questioned the relevance to small business, but you know what, if they didn’t get it, they were missing out.  Because when it comes down to it, what he was really talking about was building a tribe, and who doesn’t want more loyal customers, more followers, and people who believe in us.

Jonathon was giving us the tools, but perhaps it was a stretch for some.  In fact, without appearing too sexist, I suspect the men in the audience may have been more cynical, because what he was talking about was building a business based on relationships rather than transactions.

Much of it related to how groups could be united over a common concern or challenge, and as he spoke, I certainly identified with that bond that women entrepreneurs share as they strive to succeed in a world that still favours men.

What really resonated was when he talked about the common enemy.  Who is your dictator he asked?  My answer – networking groups that are transactional not relationship based, and taking it deeper – the old boys’ club which does not recognize the value and contribution of women entrepreneurs.

Next he talked about building your rally cry which he encouraged to be a strong story that united people.  One of the examples, he gave of where it can backfire was around the Occupy movement, where the end vision was not shared and in the end that divided those involved.

His advice was to build and craft a creed that would draw and bind you together, because when you have a shared language, you can become a tribe.  As for the leader, this needed to be someone who is driven to serve, was transparent and honest, and prepared to be both authentic and vulnerable.  Ihe individual leader and the crowd together should define the path and develop the key messages, he recommended.

In his closing remarks, he talked about the two key human needs he’d identified – people are looking for something to believe in and to belong to – something we foster at Company of Women, and in fact the theme for our 2014 Journey 2 Success Conference is Be bold. Be brave. Belong, so I felt validated in the direction I was taking our organization. Always good to know when you are on the right path.

This need to foster personal relationships actually dovetailed well with the comments made by the first speaker, Mitch Joel, who observed in this changing world, we all need to do business differently if we want to survive and thrive in today’s business environment.

Mitch emphasized the power of direct relationships.  All of us, he noted, need to build a direct relationship with our customer and how we do that has to be multi-faceted, or as he describes it, sex with data, where you relate on different levels and mediums such as social media, blogs and email.  Making it personal and relevant is important.  He highlighted  the example of Amazon, a company that is noted for its personal touch, such as the personalized emails about books you might like.

While each speaker approached their topic from a different perspective – one taking a technical/social media direction, and the other focusing on relationships and empowering people, each emphasized the need to connect with our customers, if we want to stay ahead.