Getting out of your comfort zone 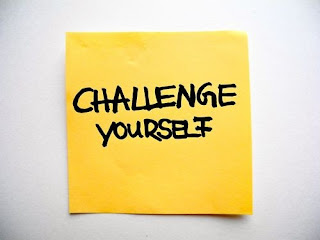 Have you ever worked on a project that suddenly takes on a life of its own, expanding by the minute and becoming an entirely different being to the one you embarked on?

That’s what happened with our 5 Days to Feeling Fabulous.  It started back in April with just a few people gathering at The Clarity Centre as part of the Health Providers group within Company of Women. Fay Chapple, the CEO of Clarity, ever the gracious hostess, was talking to the women about getting the word out about what they do and using video as the medium.

By the end of that meeting, we were putting together a Health Summit and over time, as the excitement and buzz grew, so did the group.

Fast forward just five months and we have hosted our first Health Summit, with 30 experts and over 530 people who signed up to participate.   Incredible.  Who knew?

It just shows you how when you have a dream, you can make it a reality.  For many of the health providers this was, quite frankly, a real stretch.  Some didn’t have websites but were told they had to have one to participate, otherwise what was the point as people couldn’t reach or check them out.  Many had never done workshops before, let alone in front of a camera.

As the providers arrived to do the taping at Clarity, they were visibly nervous and yet when they were finished, you could see that a weight had been lifted and the process was not as painful as they first feared.  They realized they could do this and there was a sense of empowerment, and a bounce to their step as they left.

However the real kudos has to go to Fay and Spenser Chapple. This tech-savvy duo set up the website and turned the videos into the summit. This took countless hours and their hard work in doing that for all of us has to be acknowledged.

This week as the positive feedback flows in from people who have watched the webinars, I can see we have all grown so much through this project.  There’s a certain air of confidence emitting from the providers who lent their expertise to the program.  They’ve come a long way… in fact you could say it was Five Months to Feeling Fabulous.  How cool is that.

PS - You can still watch the webinars, just register at www.5daystofeelingfabulous.com

It's always gratifying to see something you make up take on a life of its own and become real!