It's all in the name 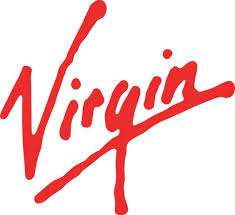 As I was driving back from Niagara this morning,  I listened to Terry O’Reilly’s show Under the Influence.  It was fascinating as he talked and showcased business names that shouldn’t,  under most circumstances have worked, but they did.

Choosing the name for your business can be one of the hardest exercises that a business owner has to undertake.  For some of us it is important that the name and brand are easily understood, but for others, as I learned this morning, taking a quirky approach or even an outrageous one, can in fact pay off.

One of the examples he gave was Richard Branson’s Virgin Airline.  As he observed, flying with a company that labels itself as a rookie, may not be an encouraging message to convey to the passengers, but it worked for Branson.

After all Branson believed that brands aren’t built around products, but rather around reputation, quality, price competitiveness and innovation.  Something perhaps we all need to keep in mind.

I loved the story O’Reilly shared about the wine Fat Bastard.  Apparently a renowned French winemaker was tasting wines with a distributor and came up with an experimental wine, that was so full bodied that the winemaker said with his French accent, that it was a fat bastard.  The name stuck. Back in the late ‘90s, this was a break away from the other more conservative wine names.   It was launched in 1998 and fast became a best seller.

However it was the last example that really got my attention.  Not my business, but definitely my attention.   It was about a restaurant in Las Vegas (only in Vegas) called the Heart Attack Grill.  With a hospital theme, the waitresses are dressed like nurses and you’re given a hospital gown to wear.

The menu is totally unhealthy, with fatty foods, large quantities served at one time and even wine served from intravenous bags.  Now I like my wine… but not that way.   And the restaurant is super popular!  Go figure.

If you are going through the process of coming up with a name for your business, Branson offers four tips:

I’ve always liked a play on words – hence Company of Women.  But I remember when I started, people would whisper to me that had I realized the acronym was COW.  Yup – and that’s why my first newsletter was called News from the Field.  I figured if people got it, they’d chuckle and if they didn’t … well I guess it would just go way over their heads.

How did you come up with your business’s name?  Is it time for revisiting it or rebranding?  Keep Branson’s tips in mind.