Indecision is a decision 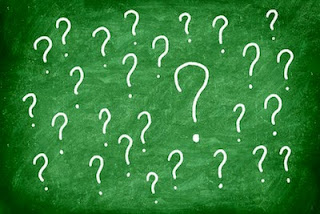 Do you have friends who seem to over think stuff, instead of making an instant decision, they waffle to and fro, deciding on one course of action one day, and reversing it the next?

Why does that happen?  I believe several reasons come into play.  First there is just pure fear that you make the wrong choice and your life is changed forever. Now certainly with major life decisions, this may be true – e.g to stay in an unhappy marriage or to have children or not;  but most other decisions are reversible or can take you on a different path down the road.

Take young people and their career choices. Often they sweat bullets over the courses to take or career paths to follow, not realizing that in all likelihood they will have several different careers anyway.  I know have.  Often one seemed like a logical next step to my next position and there are some common threads, but my career has evolved and progressed (as it should).

One of the bigger challenges today is we have so many choices.  So how do you decide which is the best one for you?  When I am faced with a big decision, I still resort to the old pros and cons list, writing up what is in favour of one direction and what is against it.  Mind you, after doing that, and weighing up the consequences of what you decide to do, we often still go with our gut instinct.  But sometimes just asking yourself ‘what’s the worst thing that can happen?’ helps you strategize what you would do if that occurred and helps make the decision less scary.

Talking through your options with someone else helps too, particularly if they are objective and have no vested interest in you going one way or the other, but are just hearing the facts and perhaps pointing out their observations on the situation or asking probing questions.  By the end of the conversation, quite possibly you’ve reached your own conclusion.

Asking around and doing your homework can help inform your decision.  My daughter did that recently when she decided to go back to school.  She’s talked to professionals in the field she was proposing to enter, only to find that there were no jobs in what she wanted to do.  Wisely she went in another direction.

Sometimes the “universe” nudges you in the right direction.  But in this instance, you have to be alert and paying attention to the cues and clues coming your way.  Starting your own business is a huge decision, although one that perhaps some of us have just leapt into without much fore thought.

But even when you’ve made that leap of faith, how do you decide what aspect of your business to pursue?  I think initially you need to pursue a range of activities, because you don’t really know which will pay off and the bills still have to be paid.  But down the road, hopefully it will come clearer.

When I ran newbie groups for new entrepreneurs, so often what they started off with when they joined the group, was not what they ended up doing by the end of the six months.

Why?  Because as the time unfolded and they got clearer on their business vision, and from a practical point of view, what the marketplace was telling them, they would realize that they needed to fine tune what they were doing.  Yes, you do better when you focus, but you have to be sure that where you are spending your energies and time will in fact pay off for you – both personally and professionally.  If you don’t like or love that aspect of your business, it may not work for you.

When I started Company of Women I really wanted to do conferences – it was an aspect of my previous work life that I enjoyed, and was good at too.  But early on it became really clear to me that to offer a conference out of the blue without building a solid base was not going to happen or be successful.   It was four years in before I offered my first conference, because by then Company of Women had a following and I had a “roster” of great speakers from which to draw on.

In fact my first Company of Women conference I did in partnership with someone else. While the conference was successful, the partnership was a disaster but I learned that I didn’t need to have a partner to bolster me and I could do it alone, and the next year we had our first Journey 2 Success conference.  Mistakes are lessons.

All of which means you don’t give up on your dream, you just build in integral steps to get you there.

I’ve found that once I’ve made a major decision, it wasn’t as scary as I thought and I start to ask myself what took me so long?  When you step outside your unhappiness, you find that there is a life and it is there for the taking.  It is just getting over that first hurdle of making a move and once you’ve jumped that… you can win. You can get ahead.

Indecision in itself is a decision.  It is deciding not to change the status quo, not to rock the boat and to stay within your existing cocoon, but like the caterpillar, you can choose to grow and evolve and become the beautiful butterfly soaring to great heights.