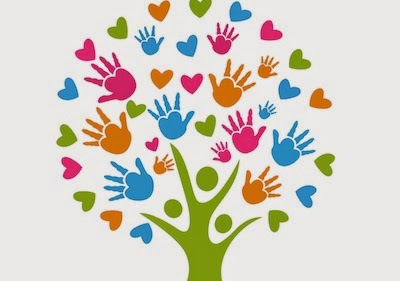 Now I am no Pollyanna, but I do believe in the power of giving back.

Growing up my father had the philosophy that you always helped the under dog,  someone who needed a hand up.  He called it a sense of balance – in that you created a more balanced playing field for others and that when you were fortunate, it was your role to help those less fortunate.

He grew up in poverty, with an alcoholic, abusive father who he and his brothers turfed out when my father was a teenager.  He dropped out of school at 14 to help earn money  but through hard work, grit and determination, ended up a successful business man.

He never forgot his humble beginnings and was generous to a fault, as I discovered at his funeral as people came forward telling me about the loans he’d given them.  You could say he was a dragon before there was a denJ

So with that backdrop, it is not all that surprising that I have tried to follow in his footsteps – giving my time, my expertise or donations to good causes.  While this has been gratifying, it is not all altruistic, and in fact many of my volunteer positions have actually led to paid jobs.

As a business owner, I have also found that there are benefits to giving back, particularly from a brand perspective.  Customers and staff all want to be part of an organization that cares, that supports others.  Take TOMS.  For each pair of shoes you buy, Blake MyCoskie donates a pair to a child in a developing country.  His shoes are comfortable, not that expensive and so it is easy to support his business.

Recently on my birthday I was given a “Me to We” card where a portion of the sales went to one of their causes.  They provided a link so you could check in and see just where the money was going.  All great marketing and a real feel-good moment all round,

When you give from your heart, you’re not doing it for the accolades or potential awards you could receive, yet that is what happened to me when I got involved with Opportunity International, a charity that gives microfinance loans to women in developing countries.

I helped write a book Faces of Opportunity which shared the stories of some of the women. It was a real eye-opener for me in terms of the poverty most of the women faced, and one of the women had died of AIDS by the time the book was published.  That book raised over $20,000 for the cause, and as a result I received the TIAW World of Difference Award, which in turn led me to be invited to speak in Turkey, all expenses paid.

See what I mean.  You have no idea how much your efforts will not only impact others, but your own life too.

I encourage you to step back and see what cause you can align your business with.  When it fits with your mission and vision, perhaps as in my case, it made sense to support = women in developing countries, because that is what I am doing here in Canada.   Or it be could that you want to have an impact on the future generation?  We’ve done that too.

And just to be clear,  it doesn’t have to be money.  It could be your time or expertise.  When you sit on a board, for example, you broaden your networks and learn new skills.

Start small.  But start.   I’ve found  that when you focus on others, you live a more fulfilled life and there’s a real buzz when you realize that you are making a difference.

There is a quote I like “All that you give into the lives of others, comes back into your own.”  How true that is.