One red lipstick… a bold move by a young woman 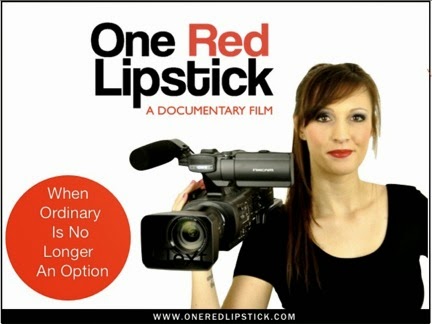 Recently I wrote a blog for Huffington Post about how I wouldn’t want to be a twenty-something today.  It generated a great deal of discussion and interest, as people pitched in on what they thought.

So my hope is that they will be equally interested and engaged in what one twenty-something is actually doing to inspire her peers.  Spenser Chapple has decided to track, interview and film successful women entrepreneurs so she can share their stories, their advice and provide inspiration to other women – of all ages.

Growing up her mother would say “get up, put on your lipstick and get on with your day, no matter what it brings.” And plenty has happened to this young woman in the past five years when a personal tragedy struck the family.

Suddenly at seventeen, she found herself taking care of her younger brother, just four, while her mother had to take care of her father.   She grew up fast.  She had to.  Today, her father is still at home, requiring twenty-four hour care by the family.

Like many young women of her age, she is looking at her future and wondering what next?  Through One Red Lipstick, Spenser is exploring what makes for success. How other women have designed successful lives for themselves?  She will be talking to women entrepreneurs from across North America.  And it's not the sugar-coated version that she wants, because we all know success doesn't come that way, well rarely.

Through a book, documentary and website, she will be sharing what she finds out as she embarks on this exciting project.   To get started, she’s launching a kickstarter campaign.  Check it out and get involved - http://bit.ly/oneredlipstick

Armed with her red lipstick, she’s taking her mother’s advice and stepping boldly into her future, and I for one congratulate her on her proactive stance.  I encourage you to get behind her and this exciting venture.