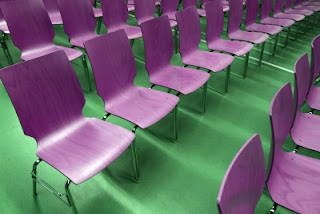 I have always believed that when programs or services are offered for free, they’re not valued, and recently I learned, I was right.

Together with two other organizations, we were hosting a breakfast event in Toronto. In two short weeks of promoting the event, we had a sold-out crowd of 168 women, or so we thought, and a waitlist of a further 47 women who wanted to attend.

Clearly a popular event, and the fact that it was free and breakfast was included, I am sure added to the attraction.  We used Eventbrite so it was easy for women to register as with a quick click, they were all signed up.

However, reality on the day was quite different.  Half the women didn’t show up.  Now that may not sound much when you say it quickly, but if you do the math, that’s 80+ women.  Fortunately some keeners on the waitlist did come along in the hope of getting in, and we welcomed them with open arms.  After all, we had more than enough food.

Now, to cut people some slack, it was the Monday after the clocks changed, so getting up in time for an 8.00am start was a challenge.  I know, because I had to leave home at 5.30 (really 4.30) to get there in time to set up registration.  It was also raining and the first day of March Break.

I also suspect that people also thought that we wouldn’t miss one person – trouble was 79 of your sisters also thought the sameJ    And granted some people were sick or some pressing business issue had come up, but they let me know ahead of time.

My recommendation for next year – charge a nominal fee – that way people have some skin in the game and are more likely to show up.

It was too bad, because we had close to 90 women there ready to network, and there was some thought-provoking discussion and dialogue on the issues.

So next time you think no one will miss you…you could be wrong.  They will.
by Unknown

Email ThisBlogThis!Share to TwitterShare to FacebookShare to Pinterest
Labels: Company of Women, event planning, free, no shows, women in business