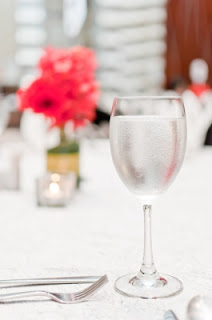 I was recently waiting in line at a popular, small restaurant and watching as the women ahead of us, a party of nine, not only insisted loudly that they be able to sit together but that it happen now, or they would leave and find somewhere else to dine.

Now if I had been the young waitress, I would have been really tempted to say fine, but she was doing her best to fulfill their request, unreasonable as it was, especially given the size of the restaurant and how busy it was.

Impatient with waiting, these boorish women then pounced on an empty table that had just been vacated and started collecting empty chairs from other tables to try and fit the nine of them around it.  It was impossible.  So six of them plonked themselves down, leaving the remaining three to fend for themselves.  (They weren’t even kind to each other, never mind anyone who had the misfortune to serve them.)

We were next and we commiserated with the waitress as we went in, sharing we thought she’d done a great job under the circumstances.  She smiled and non-verbally acknowledged the challenge of the other ladies.

Just to prove that you get further by being pleasant and treating people with respect, as we left, having had a delightful meal, we both smiled as we observed that the six women had still not got their food, while the three “leftovers” were just finishing their meal.

All of which goes to show that while you can bully and persuade someone to your way of thinking, it doesn’t always pay off in the end.

I suspect that the six women – I won’t call them ladies – were not happy campers and would probably be threatening never to come back.  This would actually be good news all round – for the staff who had to cater to their demands and for the other guests who had to witness such bad behaviour.
by Unknown