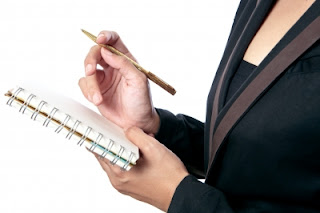 When I first received the invitation to be a judge at the Advancing Canadian Entrepreneurship (ACE) Competitions, I was so flattered and was quick to tell whoever would listen that I had been invited to be a judge.

Monday comes around and I had to check in at 7.30 am which given the time change meant I was really up at 3.30 to get ready and leave from the farm for Toronto.

When I arrive at the hotel I was quickly ushered into the room where breakfast was being served to the judges – all 250 of us!! It was at this point that I decided to check my ego at the door.  No more preening myself as a noted expert, judging a small competition.

However, it was a fascinating experience.  Students from universities and colleges from across Ontario were pitching their projects, all of which were aimed at providing entrepreneurial skills to different populations, with the goal of whetting their interest and appetite to becomie entrepreneurs; to improve the environment for their communities, individuals and themselves.

The specific program I was judging was the Students in Free Enterprise program (SIFE) and we listened to seven presentations – from five universities and two colleges.  It was all run with army-like precision, with each presenting team having an allotted time to set up, present and answer questions.

What struck me first was that only two guys were part of the presentation teams, by far the speaking was left to the young women.  The projects were diverse, but often targeted young children or youth at risk, helping to empower them to want more for themselves.  One project was aimed at artists, teaching them the business skills that are often not part of their DNA.

Another focused on the needs of military spouses, who with their constant moves, often did not have a career of their own.  Instead they were taught business skills so they could start a portable business, that could travel with them, no matter where their partner was posted.

Years ago I remember reading a book about youth entrepreneurship, and the author stating that immigrant youth often do well in business, because having left their country of origin, what did they have to lose and risk-taking was second nature to them. It was therefore gratifying to see immigrant youth in Toronto being part of one of the projects.

As someone who worked for years as a community developer, I just loved the marriage of high risk communities and entrepreneurship.  What a wonderful combination and a great learning for all involved, including the judges.
by Unknown