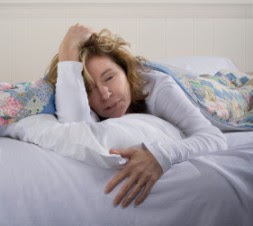 I was super-organized for this Christmas. By the time the office closed on December 20, the gifts had been bought and wrapped; the food purchased and stocked in the fridge and freezer and the tree stood erect and decorated all ready for the best of the season.

Just as well. Talk about the best laid plans…. From the time we closed the office, I was sick, coming down with some dreaded flu bug, and forced to retreat to my bed where I could be heard barking and coughing all day.

Now I am not someone who usually capitulates to a sniffle or two. Being of strong Scottish blood, I have been trained to carry on regardless but I tell you, I was beat with this one. Not only did I miss several local parties, but my kids had to rally round and cook Christmas dinner.

And I have to say, I was totally impressed with how they took charge. They assigned the tasks, divided up the chores and wouldn’t let me darken the doors of the kitchen. And while I was proud of them, you could tell they were pretty pleased with themselves too because the meal was great and Christmas was saved.

It was also pretty nice to just sit and have the meal prepared and cleared away by someone else. I could get used to this but they’ve already told me it was a one-off. Normal service is to resume next year.

Too bad.
by Unknown

Isn't it interesting how The Universe Unfolds.... :) Althoyugh being sick is no fun it seems that wonderful awareness's surfaced as a result. You don't have to do it all. Others can and will help. It all turns out perfect in the end. Hurrah! Hope you enjoyed the balance of the holiday.