Fine Line - Lessons from News of the World 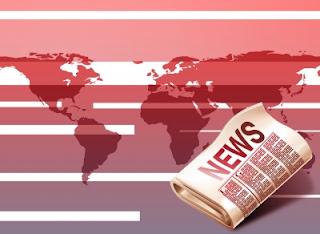 We were in the UK when the demise of the News of the World newspaper occurred. We even purchased the last issue which highlighted the stories they'd run in their long history as a newspaper. You know, much as I disapprove strongly of the hacking and the strategies they used to get a lead on a news breaking story, they actually had been responsible for exposing a fair number of crimes and scams over the years. It is too bad they crossed the line.

Because, it is a fine line between investigative journalism and intruding in people’s privacy, particularly at a low point in their lives when they’d tragically just lost someone dear to them. Now that is both criminal and inhumane.

It speaks to the overpowering ambition of some people/organizations where getting the story and the “supposed” kudos for being the first to reveal all, takes over from decent, human behaviour. I wonder if the journalists involved ever questioned themselves, or chose to ignore their gut feeling that what they were doing was wrong. To them, the means justified the end result.

In business we also face decisions about which path to take to realize our goals. My advice, listen to your gut. Don’t do something where someone will get hurt, because at the end of the day, the person most damaged will be yourself and your reputation, and that can be hard to repair.